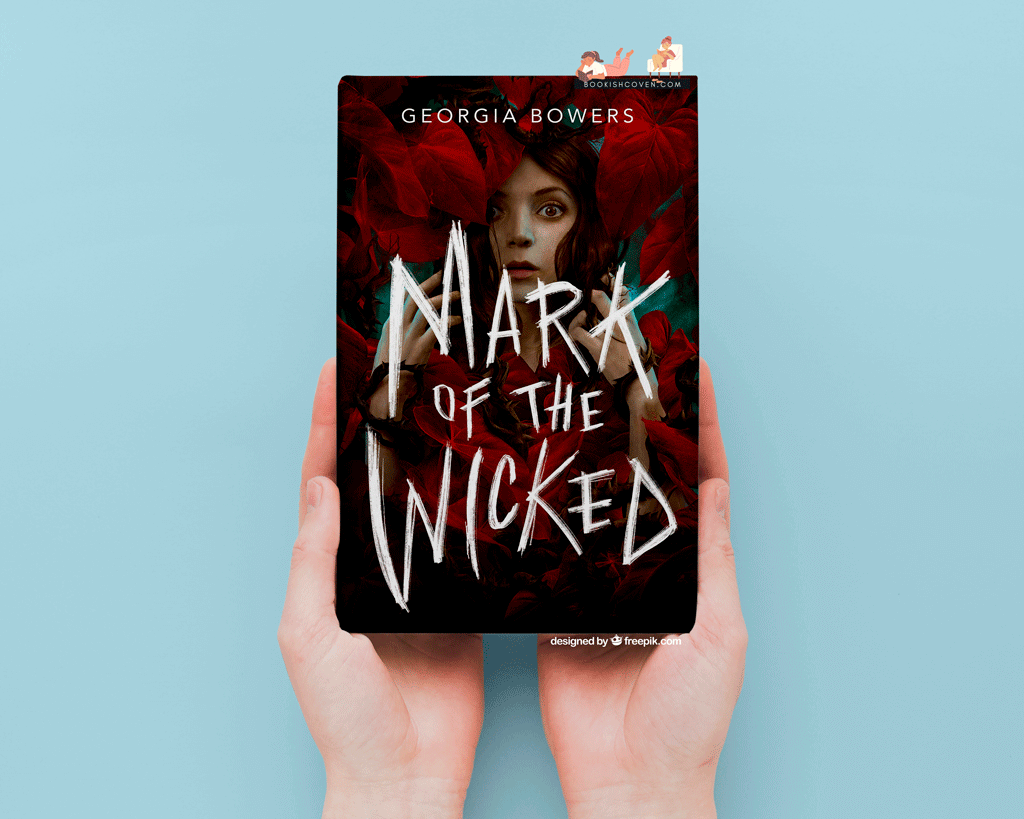 Click here to check out the rest of the blogs in the tour!

Hi Coven!!! How are you? We are currently on holiday and trying to catch up with all the arcs that piled up recently! Today we come to you with our latest review: it’s for the newly released book by Georgia Bowers “Mark of the Wicked”. 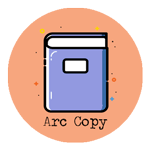 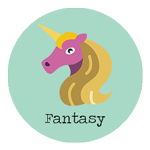 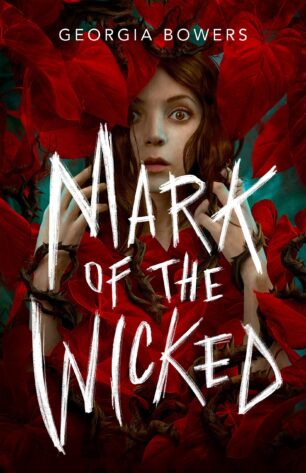 Content Warnings: minor body horror, threat of harm to animals and animal death. Some animal death is real and some is imagined

A young witch tries to unravel the mystery of who is framing her for dark magic in Georgia Bowers' creepy YA debut fantasy, Mark of the Wicked.

All her life, Matilda has been told one thing about her magic: You use only when necessary. But Matilda isn't interested in being a good witch. She wants revenge and popularity, and to live her life free of consequences, free of the scars that dark magic leaves on her face as a reminder of her misdeeds.

When a spell goes awry and the new boy at school catches her in the act, Matilda thinks her secret might be out. But far from being afraid, Oliver already knows about her magic - and he wants to learn more. As Oliver and Matilda grow closer, bizarre things begin to happen: Animals show up with their throats slashed and odd markings carved into their bodies, a young girl dies mysteriously, and everyone blames Matilda. But she isn't responsible -- at least, not that she can remember. As her magic begins to spin out of control, Matilda must decide for herself what makes a good witch, and discover the truth...before anyone else turns up dead.

“Why do witches have scars on their face, little one?”
“To warn others to stay away from them.”

Matilda is a witch that bears the scars of all the people she has hurt on her face. But when one of those people turns up dead, she must set on a path of self discovery, questioning her dark motives and if using magic to further her own agenda is truly her calling.

“At the rate you are collecting those scars, [you will learn] that the more of them you get the more painful they are to carry around and that keeping them covered gets harder and harder”.

Mark of the Wicked started out really slow and to be honest I could see the plot a mile away; there were points were I struggled, as Matilda came off (in my opinion) as very immature. I huffed at certain instances and mentally wished her to just talk to her mum about her bloody problems. She keeps on trying to face everything by herself. And I had to keep reminding myself that she was just a teenager and making rash and irresponsible decisions is kinda of a package deal. The third person narration was god send and I really enjoyed the story unfolding this way.

“A witch has always a target on her back”.

The story had a lot of gentle feminist nods and a colorful set of characters, both human and animal ones. Georgia Bowers has a really nice prose as she truly painted each scene in my mind’s eye with her words. The witchy lore was nicely done and I particularly found the idea that a witch hurting somebody would bear the scar of their name on their face, pretty unique.

Overall, Mark of the Wicked was an enjoyable witchy read, perfect for Halloween!

“You messed with the wrong witch.”

Georgia Bowers lives in Bedford, a small market town in England. When it was time to decide what to do with her life, she was obsessed with two things: books and Buffy the Vampire Slayer. It seemed sensible to follow in the brogued footsteps of Rupert Giles, so she became a librarian, though sadly not the demon fighting kind. But there’s still time.

Ever since her mum told her that witches used to meet in the woods near their village, she’s been obsessed with witchcraft and the paranormal. When she was a teenager, a weekly habit of Point Horrors satisfied her thirst for chilling tales before she moved on to reading Stephen King. These days she likes to give her nerves a break every now and then with a good YA romance.

After completing a course in writing YA fiction she was a winner in the Society of Children’s Book Writers and Illustrators Undiscovered Voices. Since then she has dabbled with stories of chosen ones and ghostly best friends until she conjured up the magical ingredients for her debut novel, Mark Of The Wicked. 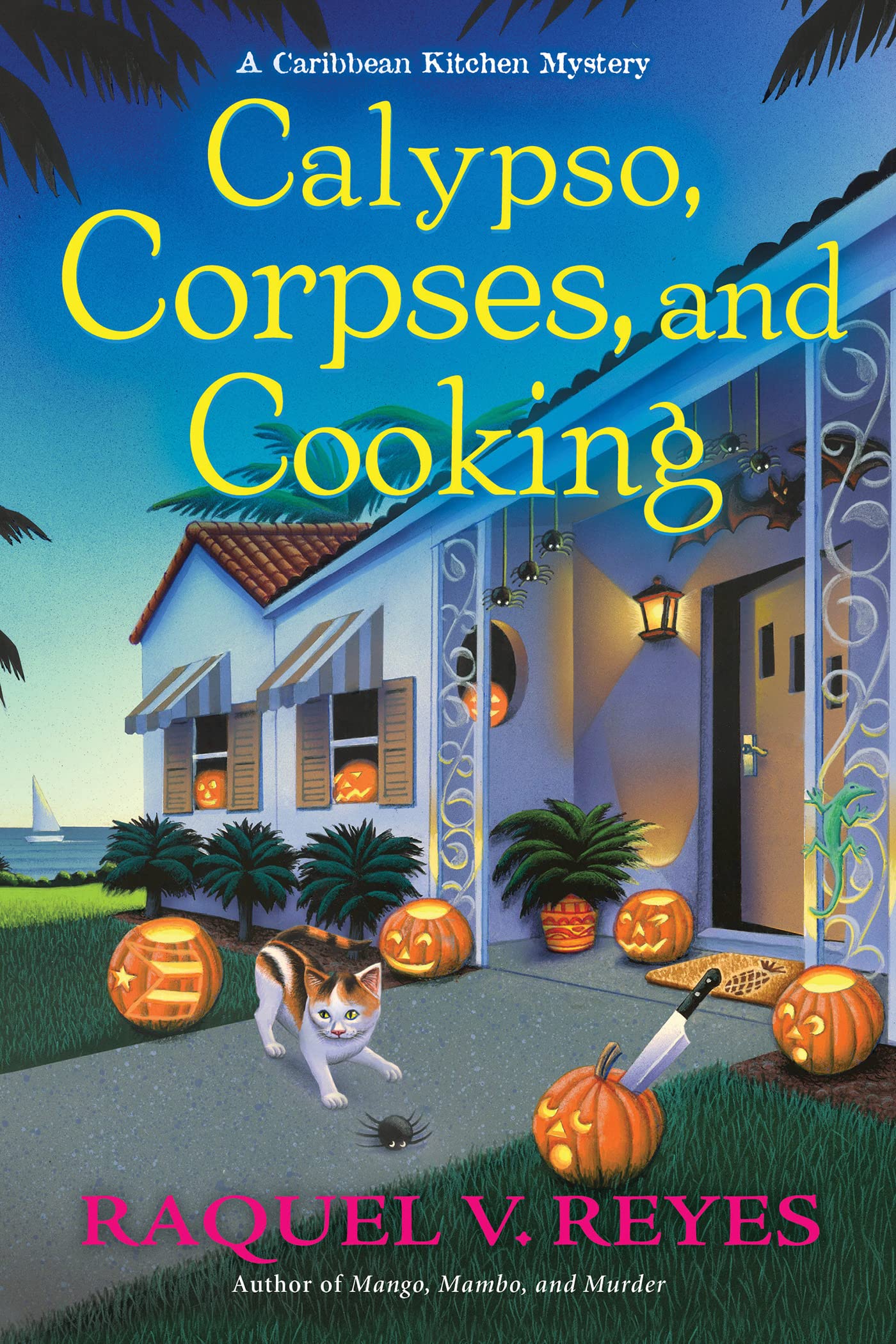