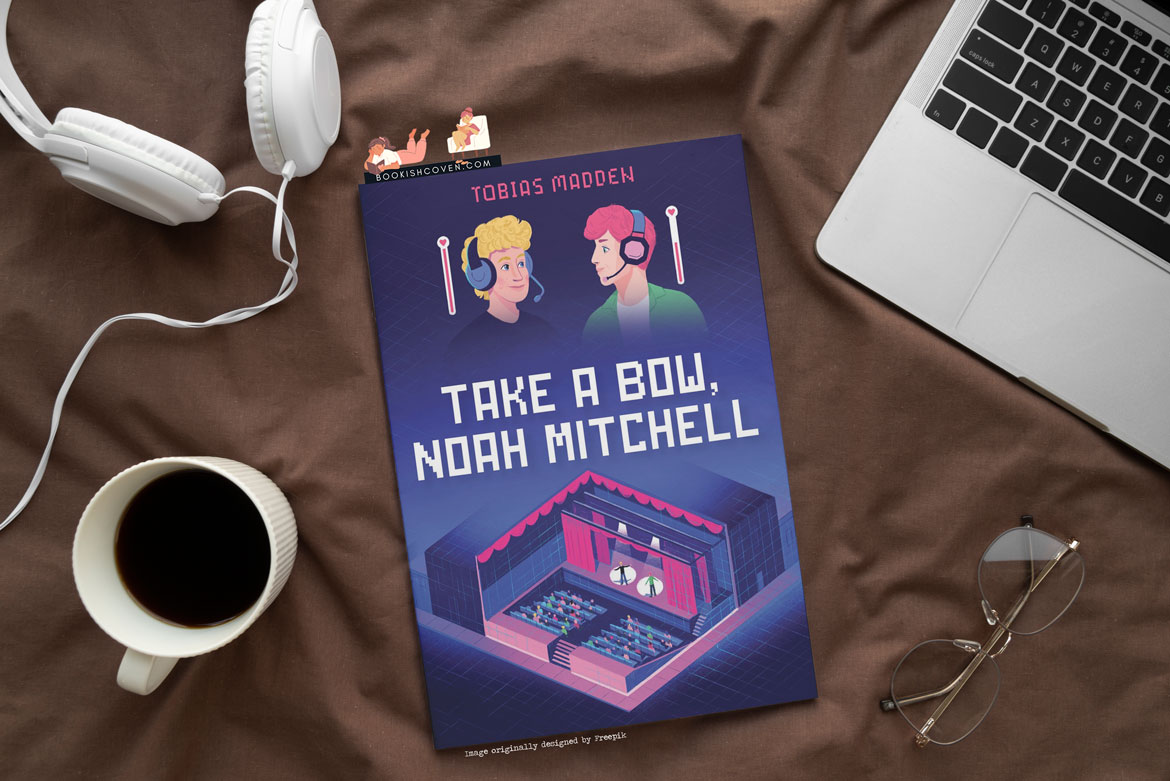 Hello everyone! We are so excited to be participating in the tour for “Take a Bow, Noah Mitchell” by Tobias Madden 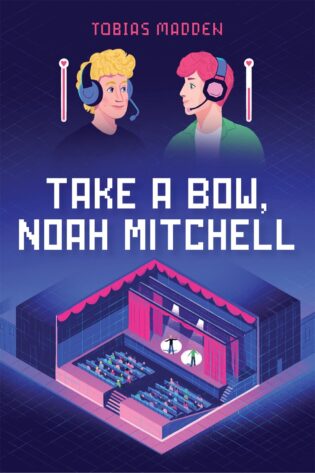 There Are No Cheat Codes for Showmance

Seventeen-year-old gaymer Noah Mitchell only has one friend left: the wonderful, funny, strictly online-only MagePants69. After years playing RPGs together, they know everything about each other, except anything that would give away their real life identities. And Noah is certain that if they could just meet in person, they would be soulmates. Noah would do anything to make this happen—including finally leaving his gaming chair to join a community theater show that he’s only mostly sure MagePants69 is performing in. Noah has never done anything like theater—he can’t sing, he can’t dance, and he’s never willingly watched a musical—but he’ll have to go all in to have a chance at love.

With Noah’s mum performing in the lead role, and former friends waiting in the wings to sabotage his reputation, his plan to make MagePants69 fall in love with him might be a little more difficult than originally anticipated.

And the longer Noah waits to come clean, the more tangled his web of lies becomes. By opening night, he will have to decide if telling the truth is worth closing the curtain on his one shot at true love.

January 5th
Confessions of a YA Reader – Promotional Post

Tobias is an author and editor from Sydney, Australia. His debut young adult fiction novel, ANYTHING BUT FINE, is out now in Australia and New Zealand (Penguin Teen), and coming to the US 25 January 2022 (Page Street YA).

​Originally from Ballarat, Tobias worked for ten years as a performer, touring Australia and New Zealand with musicals such as Mary Poppins, CATS, Singin’ in the Rain, and Guys and Dolls. In 2019, he edited and published UNDERDOG, the first #LoveOzYA short story anthology for previously unpublished Aussie young adult fiction writers. Also in 2019, he wrote the cabaret show Siblingship, which played to sold out audiences in Sydney, Melbourne, and Canberra. Tobias is a passionate member of the #LoveOzYA and LGBTQ+ communities, and currently works in publishing as a Digital Marketing Executive and YA Publicist.