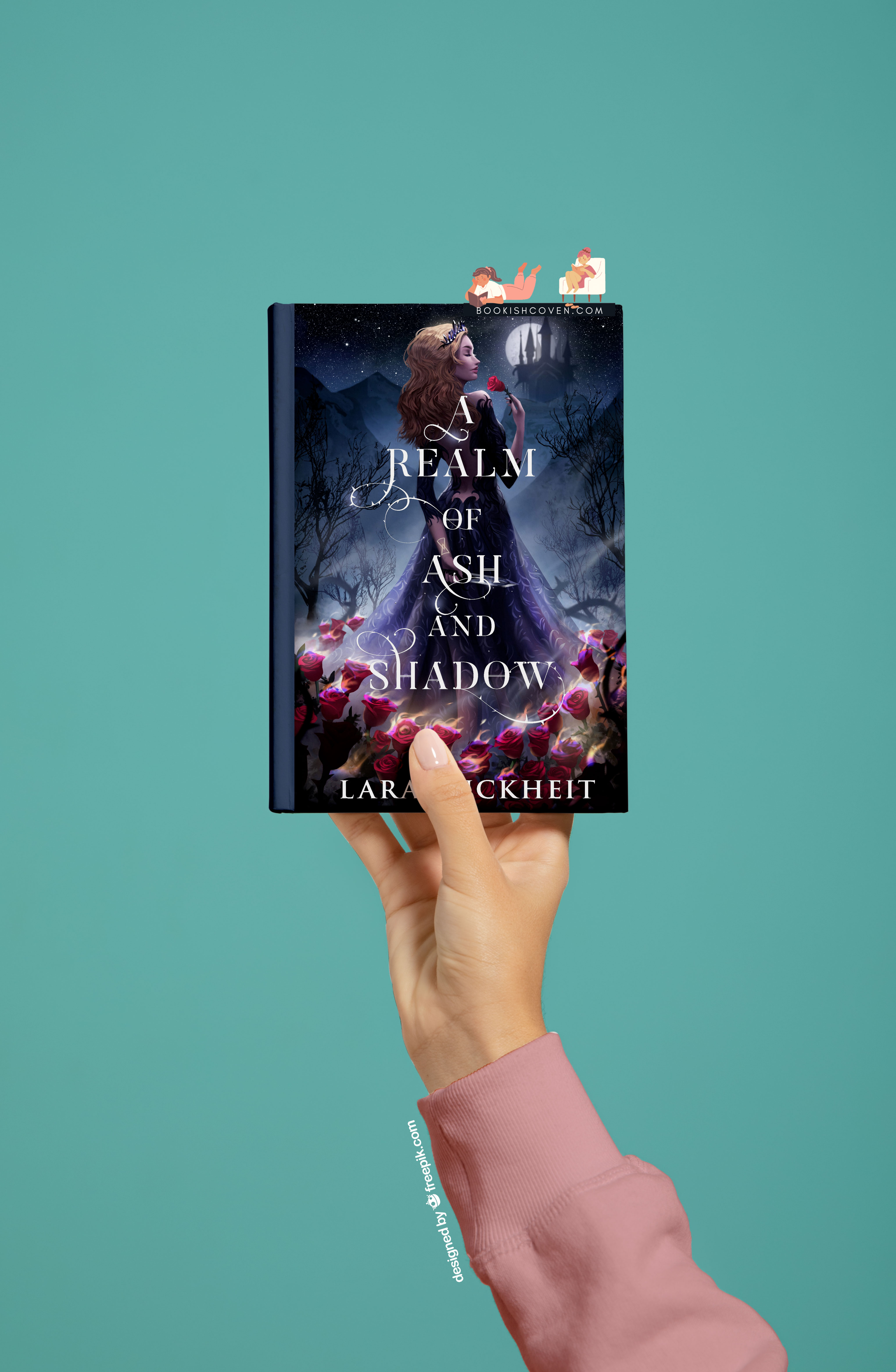 Happy Friday everyone!! Today we are bringing you the cover reveal for “A Realm of Ash and Shadow” by Lara Buckheit.

Eighteen-year-old princess, Valeria Breault, is sure of three things. One, she was exiled from Empyrean because her father didn’t want the hassle of raising her. Two, her perfect realm would be better off without a mortal-raised smart-ass with a foul mouth and penchant for trouble. And three, neither of those things matter when a horde of demons crashes prom.

Forced to fight for her life, Valeria narrowly escapes being captured by the Realm of the Forsaken, only to be dragged back to Empyrean before she is meant to return. Instead of the beautiful utopia from her bedtime stories, Val finds herself thrown into a hellish nightmare where the poor are dying, the rich are thriving, and her claim to the throne is in jeopardy. But not if Valeria can help it.

The overwhelming desire to belong and a craving for power has her making choices that make it harder and harder to guard her heart against the man who’s bound to protect her, the god she’s vowed to hate, and the darkness that’s growing inside her. Only time will tell if the secrets she unravels and the alliances she makes will lead to the throne or the pyre.

Perfect for fans of Sarah J. Maas and Kerri Maniscalco, A Realm of Ash and Shadow will captivate readers until the very last page.

Lara Buckheit was born and raised on the Eastern Shore. She holds a Bachelor’s Degree in Communications from Wilmington University, is a 2021 WriteMentor Mentee, an avid writer (and reader) of spice, and one time she met Taylor Swift’s dad.

She started writing at a very young age, mostly fanfiction centered around women with swords and men with devilish grins. And she hasn’t stopped since.

When not writing, Lara can be found drinking tea, hustling for her day job, reading from her endless TBR pile, or hanging out on her body confidence Instagram.